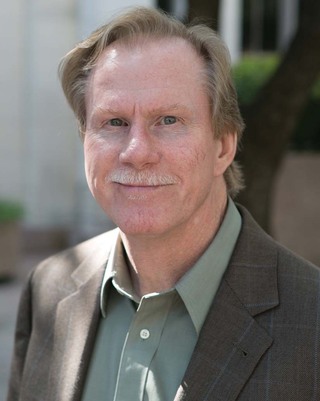 Outcry Witness is available from the Texas Book Consortium, which distributes TCU Press books. Or at your local independent bookstores. Or at the Thomas Zigal Amazon page. 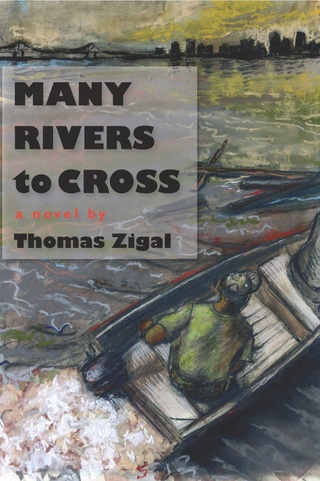 Many Rivers to Cross is the winner of the Jesse Jones Award for best fiction from the Texas Institute of Letters and the fiction award from the Philosophical Society of Texas. The book is available in hardback, paperback, and eBook formats. 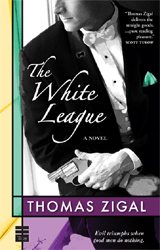 Winner of the 2005 Violet Crown Award for Fiction from the Writers League of Texas. To order, click here. 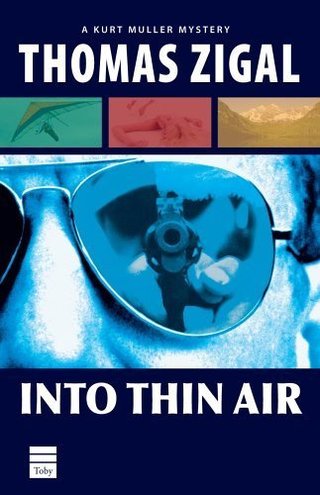 Into Thin Air is the first book in the Kurt Muller trilogy. Library Journal says, "This is an unusually fine first mystery and should win many fans." To order, click here.

Hardrock Stiff is the second novel in the Kurt Muller mystery series. Kirkus says it's "one of the year's happiest surprises." To order, click here.

Pariah is the third novel in the Kurt Muller mystery series. Scott Turow calls it "A hugely enjoyable book." To order, click here. 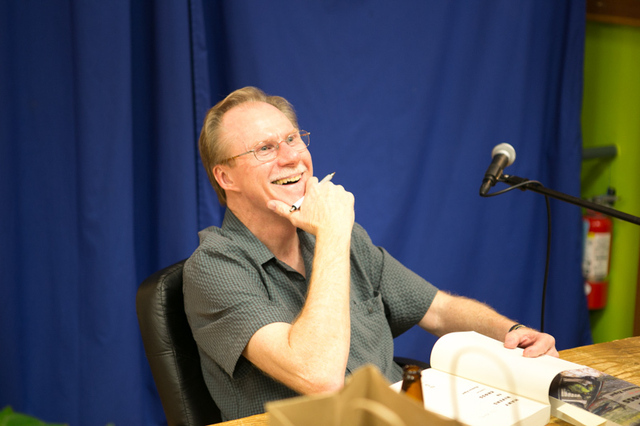 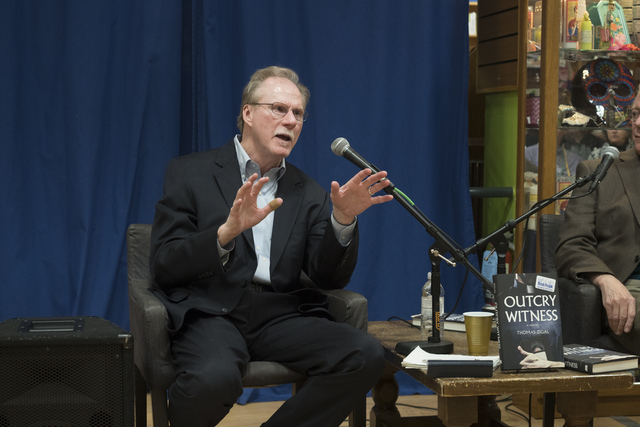 The final novel in my New Orleans trilogy -- Outcry Witness  --  is available from TCU Press.

The novel begins with a Catholic priest found murdered in his rectory.

Here are the reactions from two very distinguished writers:

“As much as we think we all know about the clergy abuse scandal in the Catholic Church, Thomas Zigal gives us something new -- an insider’s perspective, combined with psychological depth, that provide an eye-opening view into the true horror of how it all happened. Outcry Witness is at once a riveting page turner and a deadly serious meditation on the confusion and hypocrisy made possible by what this superb novel’s narrator ruefully but accurately calls 'Catholic allegiance'.” -- Anthony Giardina, author of The Country of Marriage and Norumbega Park

“Outcry Witness is the gripping story of a clergy abuse cover-up told from the inside. With his knowledge of the Roman Catholic Church, Thomas Zigal has also delivered a spiritual thriller, a novel that pulls the reader in a powerful narrative tide swirling with mysteries of guilt and doubt, faith and betrayal, that carries the reader toward the startling conclusion.” -- Jason Berry, author of Lead Us Not Into Temptation: Catholic Priests and the Sexual Abuse of Children

Here is my interview with TCU Press regarding the new book:

On Hurricane Katrina's 10th anniversary, I wrote a blog entry for TCU Press that describes my reasons for writing the novel Many Rivers to Cross, my trip to New Orleans with my son post hurricane, and my research and thought process in constructing the story. Here is the link:

Thank you very much to the Philosophical Society of Texas for giving Many Rivers to Cross their annual fiction award. I am deeply grateful for their recognition.

"There’s only one word that I could use to actually describe Many Rivers to Cross – It’s a masterpiece of the first rank. We’re at the high point of excellence from page one to the last page. It’s a pleasure to read." -- From James Hoggard's speech awarding Many Rivers to Cross the Philosophical Society of Texas' Award of Merit for fiction

My novel Many Rivers to Cross won the 2014 Jesse Jones Award for Fiction from the Texas Institute of Letters.

The Texas Institute of Letters was founded in 1936 by William Vann and other Texas writers, including charter members J. Frank Dobie and Walter Prescott Webb. TIL began giving awards in 1939.

Previous winners of the Jesse Jones Award for Fiction include The Last Picture Show and Lonesome Dove by Larry McMurtry, All the Pretty Horses and The Road by Cormac McCarthy, Ship of Fools by Katherine Anne Porter, The Dead Father by Donald Barthelme, The Oranging of America by Max Apple, and many other excellent works of fiction. I am deeply honored to share their company.


Many Rivers to Cross

Many Rivers to Cross was published by TCU Press. The book is available in hardback, paperback, and ebook formats.

Readers can order Many Rivers to Cross from the Texas Book Consortium, which distributes TCU Press books.

Or at your local independent bookstores.

Or at Thomas Zigal's Amazon page.

The story takes place in the first three days after Hurricane Katrina struck Louisiana and the Gulf Coast in late August 2005. The narrative follows several characters stranded in the flooded city as they struggle to survive.

It took me four years to research and write the book. It's a work of fiction inspired by actual incidents that happened in the early days after Katrina's landfall. As sources of the story, I relied on visits to New Orleans, personal interviews, email exchanges, blogs, online written and video reports, documentary films, books, and many hours of television and newspaper coverage.

Many Rivers to Cross is the second novel in my New Orleans Trilogy. I am fast at work writing the third and final novel of the trilogy.


Interviews and Reviews of Many Rivers to Cross


Dallas Morning News, by Si Dunn: "Austin writer Thomas Zigal’s powerful, engrossing novel is set in New Orleans in the immediate aftermath of Hurricane Katrina. Some of his characters risk arrest, urban savagery and death as they try to find and rescue family members and friends trapped in the city’s horrific devastation. Other characters struggle to survive while awaiting help. And prisoners trapped in a parish jail, abandoned by their guards, must somehow break out or drown."


Praise for Many Rivers to Cross

“Thomas Zigal is the real deal in every sense – a real storyteller who writes with enormous craft and boundless compassion. Many Rivers to Cross, about the aftereffects of Hurricane Katrina, is suspenseful and deeply compelling – Zigal at his best.” -- Scott Turow

“What a really good novel this is; crisp and dramatic, restrained and finely-tuned, immensely readable – and smart; in the way superb novels ought to be: personally useful in understanding the otherwise inexpressible.” -- Richard Ford

"Many Rivers to Cross drew me in and never let me go. The narrative brought back, vividly and painfully, the most unforgettable story I've ever covered. Zigal uncannily captured the surreality and madness of that week after the storm when the rule of law disintegrated in one of America’s great cities and an epic calamity revealed the very finest and foulest of the human spirit. I was in many of those places where his characters passed through, and I can tell you that Zigal did his homework."
-- John Burnett, NPR correspondent and author of Uncivilized Beasts and Shameless Hellions: Travels with an NPR Correspondent

“This novel is awe-inspiring. With the agony and passion of a native son, Thomas Zigal has entered New Orleans’ heart of darkness after Katrina, after the flood. Zigal has been a superb writer of fiction for a long time, and his story of people flung awash and fighting for their lives in a place completely transformed is brave, frightening, and so dramatic that at times you have to get up and walk around the room. Joseph Conrad would have been proud to have his name on this.”
-- Jan Reid, author of Comanche Sundown and Let the People In: The Life and Times of Ann Richards

“Thomas Zigal has always been an expert storyteller, and in this compelling new novel his skill and empathy shine brighter than ever. Many Rivers to Cross is a stirring example of the magic that can happen when a story of urgent contemporary relevance is told with timeless narrative mastery.”
-- Stephen Harrigan, author of Remember Ben Clayton and The Gates of the Alamo

“Many Rivers to Cross, a compelling and audacious search and rescue thriller set in the brutal aftermath of Katrina, depicts its hurricane survivors at their ugliest and at their most tender. Thomas Zigal writes without sentimentality but with pace and passion and immense humanity. This is a storm of a novel.” -- Jim Crace, author of Harvest and Being Dead

“Thomas Zigal is a born storyteller with a big heart whose characters are real in their suffering and redemption. This is not the Katrina you think you know – a powerhouse read.” -- April Smith, author of White Shotgun and North of Montana

“A heartpounding apocalyptic heroes’ journey that, as the best fiction does, brings truth to life with shattering force.” -- Baine Kerr, author of Harmful Intent and Wrongful Death

“This is the novel about Hurricane Katrina we’ve all been waiting for. Zigal has written several excellent novels, but this is his crowning achievement. He is a bold and big-hearted writer, and in this book he grabs the reader on page one and never lets go. This is a major accomplishment.” -- James Magnuson, author of Windfall and the forthcoming Famous Writers I Have Known

-- Chuck Kinder, author of Honeymooners and Last Mountain Dancer: “Thomas Zigal’s old friend Raymond Carver was wont to say that within every good writer there is at least one particularly great book waiting for the right amalgam of events, both interior and exterior, for the writer to capture in a story that will catapult him or her into posterity.

“For all of Zigal’s previous fine, first-rate books, his new novel, Many Rivers to Cross, is his great book, his masterwork, as it were, for the ages. It is both uniquely Southern in nature and universal in scope.

“Zigal takes us into the destructive heart of a perfect storm, a convergence of the fierce wrath of nature, the multiple failures of a corrupt and indifferent bureaucracy, and the ensuing lawlessness that feeds upon the corpse of a once great city.

“Under his masterful and cinematic prose, Katrina is transformed from a news story into compelling and personal survival narratives that flood toward startling fates. His unlikely main heroes are the members of an already fractured family who know well the disaster of living lives of bad choices. Now all of them struggle to emerge as survivors and the saviors of those they love most. It is their intersecting narratives that compel the trajectory and structure of Zigal’s taut, horrific account of salvation and redemption. This novel is painful and scary to read, but like the old cliché, it is a page-turner that can’t be put down for a single moment.

“While there is chaos and courage on every page, and danger and disaster, this novel is so much more than a survival story. Quite simply, Many Rivers to Cross is one of the best, most important books I have read in my lifetime.”

Zigal Novels Available on Kindle and in New Paperback Editions

You can also download and read Kindle books with no Kindle required!